Who are we and what do we do?

Our very first achievements date of the year 1996 as a sole proprietorship. During our first days we were already active in several areas including social counseling, knowledge services about immigration law, public relations at the council for representations of foreigners, and coordinating the council for the integration of foreigners. We also provided services as a business consultant in a local project of the European Union concerning business management and personnel training.

We had a “public and private” collaboration with the city of Antwerp during this period. For two and a half years we provided entrepreneurs from Antwerp with free counseling in terms of consulting. This was the very first time that such project was realized.

Due to our activities who were getting wider, our increasing customer satisfaction, and the fact that there was both officially as privately more interest in our services, made us decide to create a ltd.  We began 2002 with the foundation of the private limited liability company Aslan Consulting.

For the past years we have founded hundreds of companies, in combination with positively influencing and guiding their administration. We also provided many Turkish investors with several services. These services include topics as company founding, branch opening, market research, customer analysis, marketing, and so on. Our specialization still lies with the development of feasibility studies. We also have done several times for both Belgian as Turkish companies from various sectors.

Until today – since our founding in 1996 – we have successfully accomplished many projects. Our commitment and successful work was rewarded in 2010 and 2011 with the prize of diversity. In 2012, our company was appointed by Unizo as one of the companies that provide economic life in Antwerp. Again in 2012, we were honored to participate in the economic mission from Belgium to Turkey. This mission was led by the Belgian royal family and the investment agencies of the three regions. As operational partners we have contributed to the invest seminary in Istanbul. The year 2015 stands for our recognition by the Flemish governing body PMV Participation fund as an applicator. We are also recognized by the department of foreign affairs of the city of Antwerp as “Relocation Office” to arrange formalities for foreign employers and employees.

Would you like to be a part of the Aslan-team? Check our vacancies! 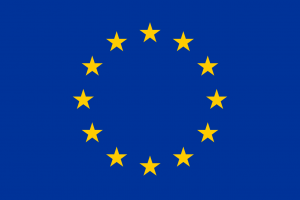